What is Kuk Sool Won? 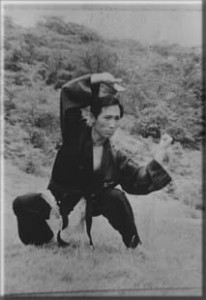 Grandmaster In Hyuk Suh spent more than forty years of single minded practice and research in order to learn, compile, master and organize the more than 3600 techniques that comprise Kuk Sool. Grand master Suh founded Kuk Sool Won in 1961 and brought it to the United States in 1974. the World Kuk Sool Association headquarters in Tomball,TX. Kuk Sool has grown to include more than 900 member schools in Asia, Europe and the Americas and continues to increase in strength daily.

The techniques which make up Kuk Sool stretch back over 4000 years of Korean history. Primarily, Kuk Sool can be broken down into its three root branches:

As a martial arts system, Kuk Sool Won Is a systematic study of all the traditional fighting skills which together comprise the martial art history of Korea. As such, Kuk Sool Won is an extremely well-organized system of martial arts which seek to integrate and explore all aspects of Korean martial arts, which includes body conditioning techniques, mental development, and traditional weapons training. The following list illustrates some (but not all) of the elements of Kuk Sool Won:

Kuk Sool Won has a wide range of responses to an attack. They go from avoiding, to merely controlling, to the painful, to the injuring, to the deadly. An important part of the philosophy behind Kuk sool is that one meets an attack with an equal response. If someone grabs your shirt, the only response some people know is to break their knee with a kick. Kuk Sool Won considers such a response inappropriate. In Kuk Sool Won one learns that small threats can be met with small responses which will probably avert further trouble without causing more problems than they solve.

As you can see, Kuk Sool Won covers an extensive variety of techniques and martial art methods, but it is not merely concerned with the physical elements of attack and defense. Kuk Sool Won includes the study of healing techniques, the development of internal power and physical conditioning. Philosophically, Kuk Sool stresses humility, self discipline, loyalty and respect for others. This instills mental well-being, a psychological edge of calm and self-assured attitude, which usually is associated with the character of a martial artist.

Although Kuk Sool Won as it is practiced today is relatively new, its roots stretch far and deep to the very beginnings of the Korean people. This early history and the ancient traditions upon which this art is founded is just as important as the physical techniques themselves, for it is only from the understanding of this, that the true spirit of martial arts is achieved.